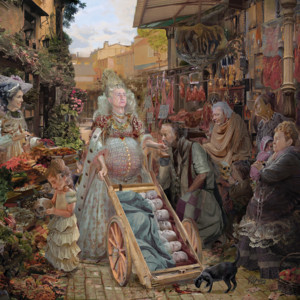 In Somnophobia perplexes me, because there is just so much going on within these tracks. The style is extremely distinct and yet remains pretty consistent, with the exception of a few tracks. I haven't listened to their other work, and don't if I will although it's worth it just for their notability, so I can't know if it's experimental or not.

Either way, the style does suffer a little from everything happening in these tracks. It's very prog metal/mathrock sounding in my opinion, which I am not a huge fan of. There are just too many new sounds and it ruins the catchiness and coherency of a song when that happens. But I first heard The Transfiguration Fear and decided to give the rest of the album a listen because it sounded like they had incorporated the theme from The Strange Vice of Mrs. Wardh and I got excited. Came to learn they were a Japanese band and therefore, probably not referencing Italian giallo... or maybe they did, I haven't looked it up. Either way, it was a one off occurence, which sort of disappointed me. But I listened to the entire thing.

I do like the grand feeling the music induces, and also the somewhat goofy and cartoonish vocals it utilizes in some tracks. It is reminiscent of fairytales, in particular Hansel and Gretel for some reason. Perhaps the album cover helps this old timey, mystical atmosphere. It also feels like a surreal dream in musical format - it is rare I ever agree with someone when they label something "dreamlike" and this album hits the vibes of my dreams perfectly. In particular, the track Far Beneath The In-Between. Perhaps it is the mysterious, Arabian desert throughout night and day that it conjures in the mind that brings that feeling. At its highest points, it feels like a surreal journey through the sands of time, especially during the smoother, jazzier segments. Easily, this is the best track on the album.

The Last Day on Earth by CEMETERY 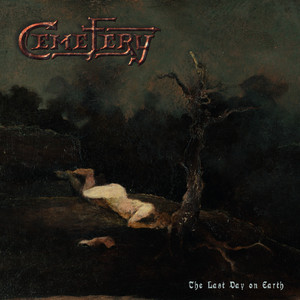 I found Cemetery on total accident while looking for another band by the same name, and on first sight expected it to be some crappy indie musician that plays a ukelele (sorry, but those guys have completely ruined the fine art album cover aesthetic), but - wow! They're metal, and not half bad!

I cannot believe they have such few listeners for the quality of their music. Spotify listeners aren't an accurate summary, but pulling in just 9? These guys are right alongside prog bands like Obscura, if not better. Is it the best I've ever heard? Not even close, and they aren't particularly my taste either as I don't like progressive or technical metal that much I have found. But they are definitely in the top ten for new bands I have heard and I think they have an extremely solid start with The Last Day on Earth. It's just a shame about the name, because searching it on Google doesn't pull them up, but the band I was originally looking for. A cursory look at Bandcamp proved fruitless. Oh, well, at least I've got the Spotify embeds for Dark and Obscure later!

As far as style goes, I think it's a pretty good one. As I said, a solid start, and I would love to see where it goes from this because this album pulls in some of my favorite techniques and quirks of both death and black metal, although I don't think I would label them as either one. Namely, the drums and vocals. They seem to be one of those new bands that goes wherever they want with their style, and I like it. It's a good mix of others, but it does make them difficult to discuss to a degree and I also think their style would benefit greatly from some crunchier, gnarlier guitars.

As far as tracks, I quite like The Last Day on Earth Part 1 and Public Psychotica (a sick track name). The former is doom-y and the latter is just good stuff with a good groove. As with most newer bands, it's difficult to pinpoint any favorites because they all sort of sound the same. Hopefully as they put out more work, they tackle that.

Welcome to my blog where I unleash my inner cringey teenager, because everyone deserves one. I'll post about music I find, movies I watch, books I read, and whatnot.

I'm Jan, a metalhead that has nothing better to do.

neothemann@protonmail.com (my name was taken...).

Feel free to send music/movie/book recommendations. If you're a musician, writer, or artist, I would love to talk about your work on here; shoot me an email.

Follow my other blog, Dark and Obscure where I post music that's best heard of by word of mouth.

Midgards-Eldar: Favorite way to discover new bands - like when you couldn't immediately stream anything and everything you wanted at the click of a button.

Kamito Katachi: 3D pose references for artists. Using this really helped my anatomy and they have a decent sized library.

Librivox: Where I find all my Gothic literature audiobooks.

Pixilart: Where I make my pixel cursors and so on.